While there are multiple Comic-Cons throughout the year, the oldest and the most prestigious one is the original Comic-Con International in San Diego. Attending Comic-Con in San Diego is definitely on the bucket list for comics/graphic novel superfans (I’m envious just reading through the program guide!). Since 1970, Comic Con International has celebrated not only the popular comics of the day, but also lesser-known works as well as movies and science fiction/fantasy stories. The highlight of the convention is the announcement of the Eisner Awards, the most prestigious award in the comics/graphic novel industry. To get in the spirit of Comic-Con, let’s take a look at some of our awesome comic books and graphic novels: 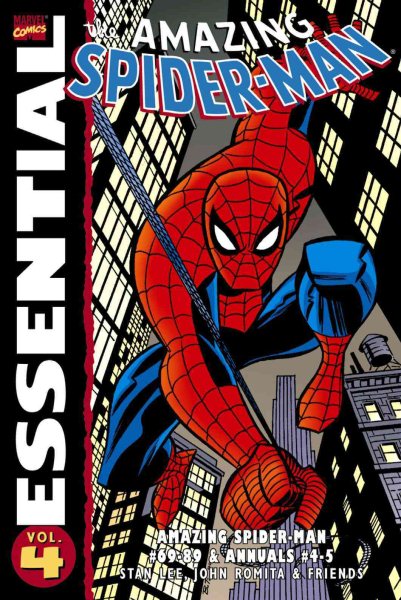 Truthfully, I’ve been rather lukewarm about the barrage of superhero movies until recently, when I saw Wonder Woman and Spider-Man: Homecoming. I’m hoping that the pendulum is swinging away from overly dark and dreary plots and remembering the fun and escapism that comics and superhero movies were meant to be. The recent reboot of The Amazing Spider-Man has endearingly captured Peter Parker’s awkward adolescence, his humor, and his frequent instances of getting in situations over his head. If you need a Spider-Man refresher (the recent movie does not include the origin story, but doesn’t everyone already know that he was bitten by a radioactive spider? The character’s been around since the 1960s.), pick up the Essential comics.

Before the Black Panther movie opens, check out the new comic book series launched in 2016 (you have time–it won’t be out until February 2018). The first mainstream black superhero first appeared in 1966; the story of the nation of Wakanda ruler is epic and unique.

Sure, you may know that DC Comics=Wonder Woman, Batman and Superman, but what about the other 1000+ superheroes, villains, sidekicks and other assorted characters that fall under the DC Comics umbrella? The DC Comics Encyclopedia is a comprehensive and up-to-date (published in 2016) guide to both popular and lesser-known characters.

Hilo is one of my top favorite graphic novel series; it’s a funny and adorable tale of a young blonde-haired alien who falls to earth and forms a close friendship with two humans.

Gareth Hinds is creating an impressive body of work with his graphic novel re-imagining of literary classics, including Macbeth, Beowulf  and The Odyssey. I’m really looking forward to his collection of Edgar Allan Poe stories in August!

While picking up the DC Comics Encyclopedia, why not also take Marvel: Absolutely Everything You Need to Know? Characters including Spider-Man, The Avengers, Thor and many more are fascinatingly detailed. 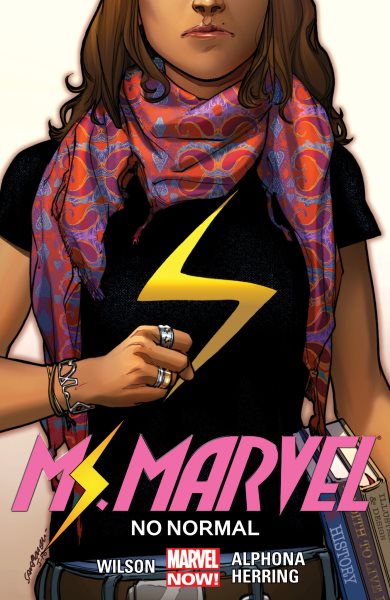 Ms. Marvel aka Kamala Khan is one of Marvel’s recent breakthrough characters; the first volume, featuring the first Muslim American mainstream superhero, was a New York Times bestseller and received the 2015 Hugo Award for Best Graphic Story. Like Peter Parker, she is a smart teenager dealing with insecurities and feeling different from her peers. Kamala is a huge Avengers fan (especially of Captain Marvel, aka Carol Danvers) and writes Avengers fan fiction, to the puzzlement of her Pakistani immigrant parents. When she is enveloped in the Terrigen Mists and encounters the Avengers in her unconscious state, she awakens to find that she has actually emulated Captain Marvel–blond hair and tight superhero costume to boot. Kamala’s journey to finding her own superhero identity (including new costume!) in which she is comfortable and confident is heartfelt.

The recent Star Wars comics have varied in quality (IMO), but the storytelling and art in the Darth Vader comics (sadly discontinued for now) are consistently powerful and even emotional at times. Beginning with the end of A New Hope, this series follows Vader as he seeks his own vengeance against the Rebels (particularly rebel pilot Skywalker) and attempts to discover the Empire’s secrets.

Wonder Woman’s reintroduction to a new generation makes me happy; Diana is compassionate, kind and a true warrior for justice (no grey area with her). Wonder Woman: The True Amazon is a gorgeously created origin story, and it’s been hugely popular at all branches since the launch of the movie. 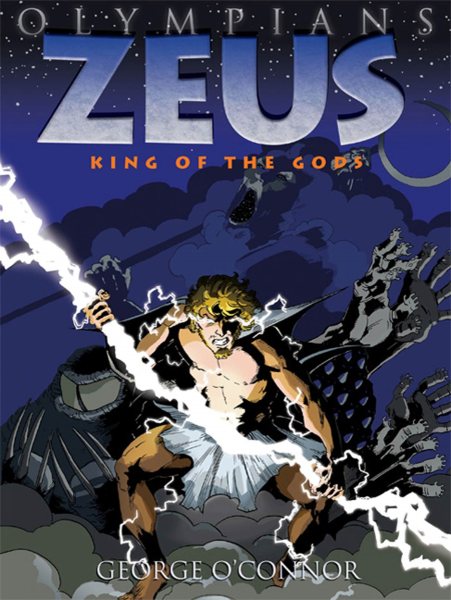 George O’Connor’s Olympians series is a sure-fire hit for young fans of both graphic novels and Greek mythology. Each slim volume includes a retelling of myths associated with its featured god or goddess.

The 2017 Eisner Awards will be announced July 21. We have several nominated titles, including Batgirl, Ghosts and Narwhal: Unicorn of the Sea.

For program highlights and staff suggestions for children and young adult readers, make Kiddosphere your source for all the latest on what to read and what to do for kids!