The Summer Reading Program was great fun, but hectic. At the Marshall Branch we each had a special book that helped us relax in our downtime. We hope these titles will help everyone survive the transition from summer back to school and work.

Are We Smart Enough to Know How Smart Animals Are by F. B. M. de Waal

A fascinating and thought provoking book about the field of evolutionary cognizance. How common is tool use, preplanning, and empathy in non-human animals? How do you gauge if an experiment is actually showing an animal’s intelligence?

One example of a poorly designed experiment concerned the ability of Gibbon monkeys to solve a problem that required the manual dexterity of a fully opposable thumb. Gibbons do not have opposable thumbs, their hands are used for brachiating, not for grasping objects on the ground. Their failure to do well in the experiment had nothing to do with their intelligence.

Testing for self-awareness in elephants required a new elephant-centric approach. Elephants had been presented with a mirror only large enough for them to see their legs. When an Indian elephant was presented with a mirror large enough for her to see her whole body, she recognized herself and rubbed the white mark that the experimenter had made on her head. The experiment has not been successful with African elephants because they destroy the mirrors with the tusk action they use when exploring new objects.

As most of us who have pets already realize, animals have impressive abilities and intelligence, and certainly seem to have emotions corresponding to those found in humans. Having well designed experiments affirm these observations. I like the term anthropodenial which refers to simply dismissing animal abilities as wishful thinking. The balanced approach taken by Frans De Waal gives explanations of observations that consider all the possible reasons for outcomes, without prejudice. 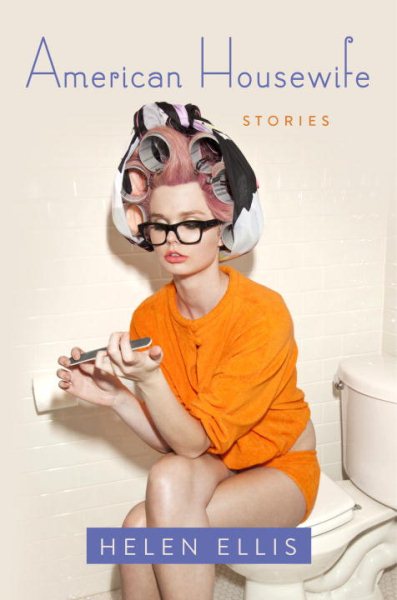 “Inspired by Beyonce, I stallion-walk to the toaster.” Judging from this first line describing a housewife about to go to the grocery store, you can guess this author won’t tread lightly in her offbeat portrayal of married women. Helen Ellis proceeds to propel the reader through her collection of deviously different, wickedly wry, and extremely edgy stories.

For example in “The Fitter,” a legend in the bra business works his magic on breasts that formerly would “flap like empty pantyhose legs.” He stopped ordering “falsies” after his first wife ran off with the distributor.  When his current wife struggles with illness after an implied double mastectomy, it’s stunning how a customer steps in to help.

In accounts of “dead doormen” and “pageant protection,” Ellis continues to shock the timid reader with dismemberment, kidnapping, mayhem, and more. You may go back and re-read passages thinking, “Did she actually write that?” Other sections will have you laughing out loud at advice you only wish you had the nerve to employ.

These stories are not written by (she’s actually a professional poker player in addition to author) nor are they necessarily written for the average housewife.

The Murder of Mary Russell by Laurie R. King

Mary Russell is used to dark secrets. Her own, and those of her famous partner and husband Sherlock Holmes. Over the course of a decade the two have forged an indissoluble bond.

Mary Russell has opened her heart to their longtime housekeeper Mrs. Hudson.  Mary’s faith and affection are suddenly shattered when a man arrives on the doorstep claiming to be Mrs. Hudson’s son. What Samuel Hudson tells Mary cannot be true, yet she believes him.  As surely as she believes the gun is in his hand. In an instant everything changes.

When the scene is discovered a pool of blood is on the floor and the smell of gun powder is in the air. The most shocking is all the clues point to Clar Hudson.  Or to Clarissa Hudson, the woman she was before she came to Baker Street.

To uncover the truth Sherlock Holmes must put aside his anguish and push deep into his housekeeper’s secrets.

There is death here, and murder, and trust betrayed. Things will never be the same on Baker Street.

Book lists, reviews from our book clubs and favorites from library staff are great resources when searching for your next book.  Or stop by the reference desk at your local library.